Ven. Tenzin Dorje is a Swiss monk who took ordination with Khen Rinpoche Geshe Chonyi in 2012. He has studied in Nalanda with Geshe Jamphel Gyaltsen before he became a FPMT teacher. While he was staying at the monastery, he acted as an interpreter from English to French. He then specialized in Chinese Buddhism and is about to take full ordination in Taiwan.
Invited by Ven. Gendun he will lead the Wednesday morning meditations this year from a Ch’an (Zen) perspective on Buddha-nature. Ven. Gendun and Ven. Dorje have cooperated for many years and will be researching the relationship between tathāgatagarbha-theories in Tibetan and Chinese Buddhism. 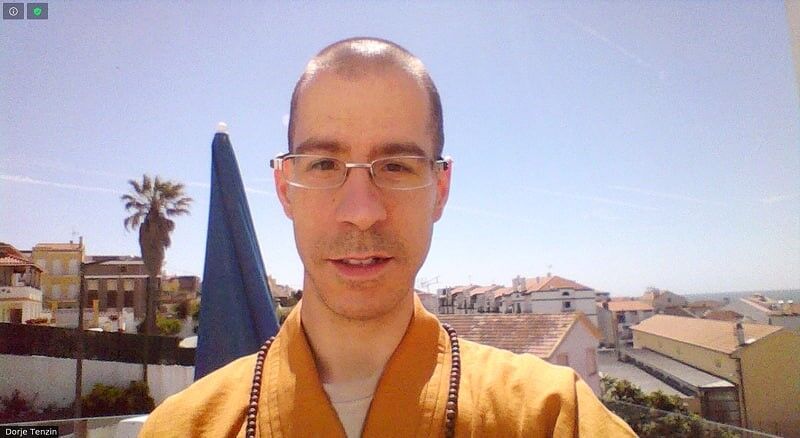