His Holiness the Dalai Lama

Inspiration and guide of the FPMT

His Holiness the 14th Dalai Lama is former head of state of Tibet and considered an important spiritual leader of the Tibetan people. He was born into a family of farmers as Lhamo Dhondub on July 6, 1935 in a small village called Takster in the North-East of Tibet. When he was two years old, His Holiness was recognised as the rebirth of his predecessor the 13th Dalai Lama, and with that he is considered a rebirth of Avalokiteshvara, the Buddha of compassion.

In 1959, China colonised Tibet illegally, and they occupy Tibet until today. This forced the Dalai Lama to flee into exile in India, from where he insipres the Tibetan people and many millions of people around the world. In 1989, His Holiness received the Nobel peace prizefor his continuous insistance on a peaceful solution for the brute occupation of his country by China.

See also a biography of His Holiness, and the official website of the Dalai Lama Dalai Lama. 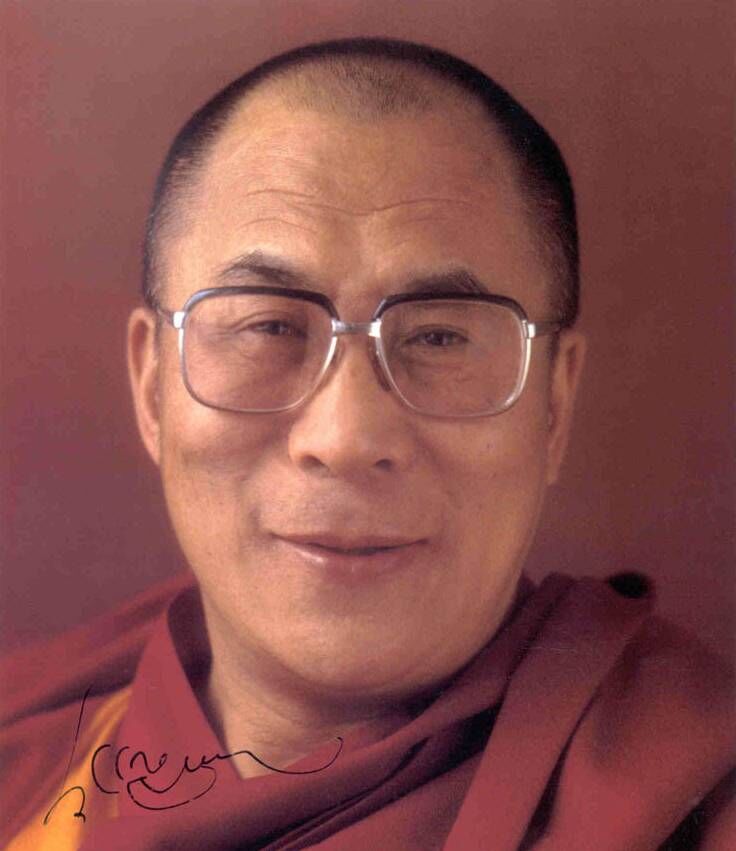