He previously worked in IT, refugee organisations and commercial management. After having practiced mainly Theravada Buddhism for twenty years, he became a monk in the Tibetan tradition in 2006.

At Nalanda monastery in France, he studied Buddhist philosophy for nine years, and practised under the guidance of several teachers, such as H.H. the Dalai Lama, Geshe Losang Jamphal, Ganden Tripa Lobsang Tenzin Rinpoche and Lama Zopa Rinpoche. In total, Ven. Gendun spent over four years in retreat, and he specialises in Tibetan Lojong and Mahamudra methods, alongside Vipassana-shamatha meditation as taught in the Theravada Forest Tradition.

Ven. Losang Gendun has been teaching for fifteen years in the Netherlands, France, Monaco, the US and UK. He is active in the area of interreligious communication, and collaborates closely with a number of Benedictine monasteries and a Turkish Mevlânâ Sufi organization.

His main aim is the translation of traditional methods in contemporary terms, to make them accessible for a Western audience. For that purpose, he founded The Buddha Project, an initiative to provide meditators with personal guidance and long-term support, in collaboration with a group of international researchers to investigate perceptional and semiotic evolution induced by contemplative practices.

Currently, he is the resident teacher at the Maitreya Institute Amsterdam and visiting teacher of Jamyang Buddhist Centre Leeds. 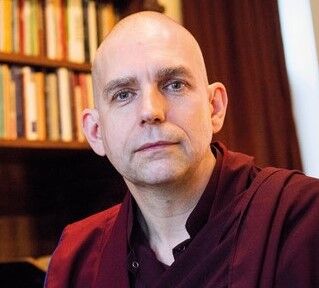