Better known as Geshe Dhönden by Tibetans, he was born in 1941 in Tibet. As a small child, he joined the monastic university of Ganden, and became a monk in 1947. During the Chinese invasion in 1959, he fled to India to continue his studies. There he gained the highest degree in Buddhist philosophy; the Geshe Lharampa title, and was also appointed to be professor at the Central Institute for Buddhist Studies in Leh (Ladakh, India).

Since 1992, Geshe-la is the resident teacher of the Maitreya Institute, first in Emst, and now in Loenen. His teachings stand out in clarity and intelligence, and are usually translated into Dutch. 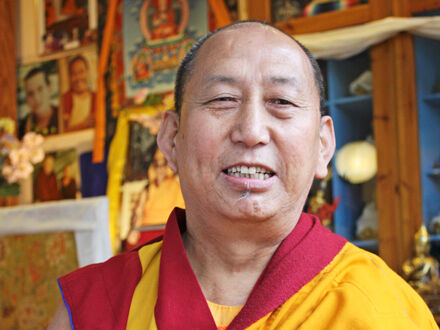